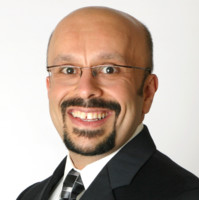 Dr. Yilmaz received his B.S., M.S., and Ph.D. degrees in Mechanical Engineering from Istanbul Technical University, Bradley University and New Mexico State University, respectively. He has been a noted author of many publications in the fields of combustion, CFD, rocket propellants and internal combustion engines. He was a U.S. Department of Energy Visiting Faculty Fellow at Sandia National Laboratories in 2012 and 2013. Dr. Yilmaz serves as the editor-in-chief for the SAE International Journal of Fuels and Lubricants and an associate editor for the ASME Journal of Engineering for Gas Turbines and Power. He has educated and trained many underrepresented minority and female students via various STEM programs including NSF-funded AMP (Alliance for Minority Participation) program.